A story of love and health

The first producer of barley biscuits with berry nectar 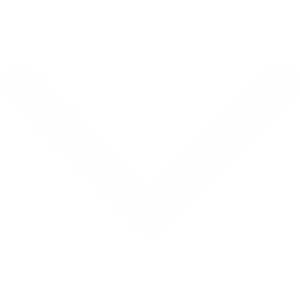 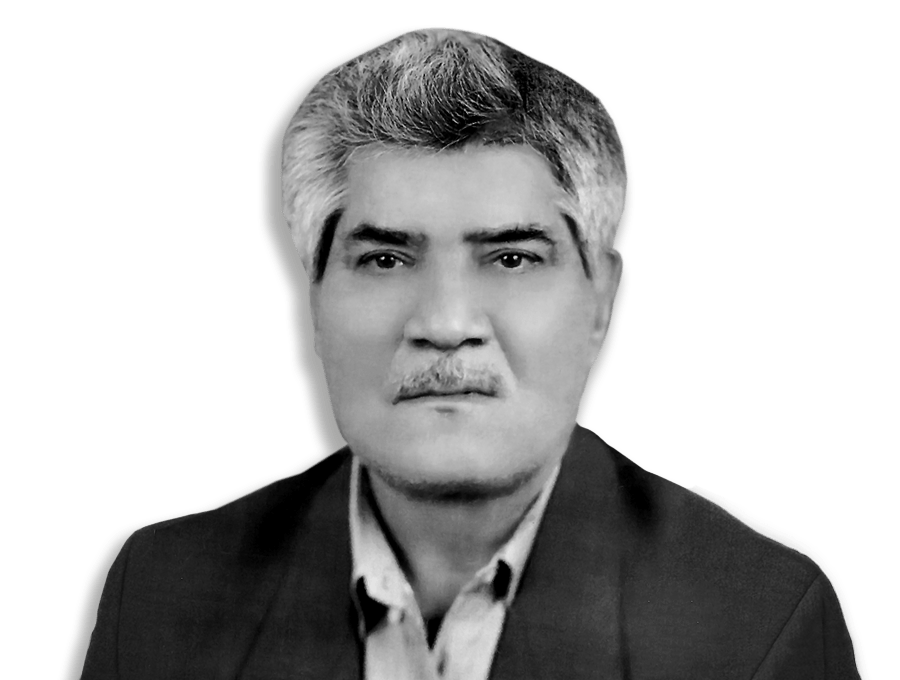 The late Haj Khalil Ansari, in the early fifties,
The first factory to produce barley biscuits with berry nectar in the country
Founded in the traditional way with the slogan “Jomaneh, for your health.

Barley is one of the most valuable grains
Which has always had a special place throughout history,
To some extent, barley bread has been mentioned as the mold bread of the ancient Iranians.
Over time, due to the difficulties and hardships of the process of agriculture, production and milling of barley, as well as the preparation of barley flour, its consumption gradually decreased. But in the early fifties, in a traditional workshop on the Karaj-Chalous mountain route, this valuable heritage was reborn by Haj Khalil Ansari and his sons. 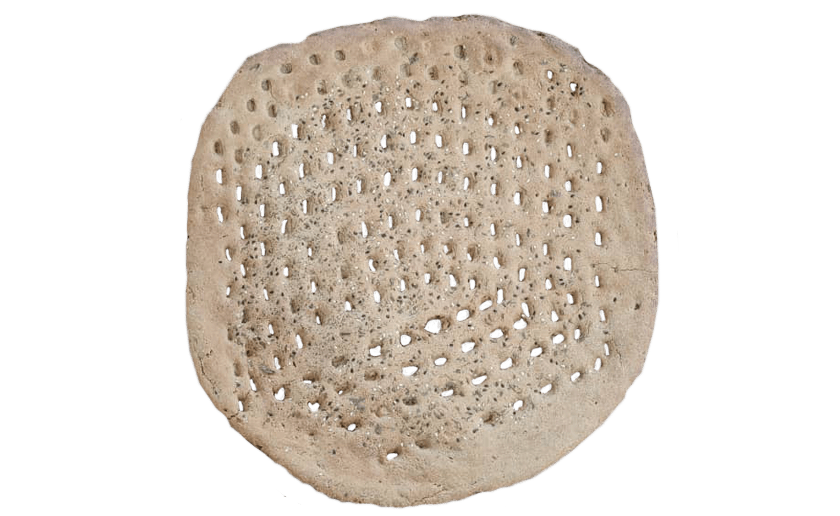 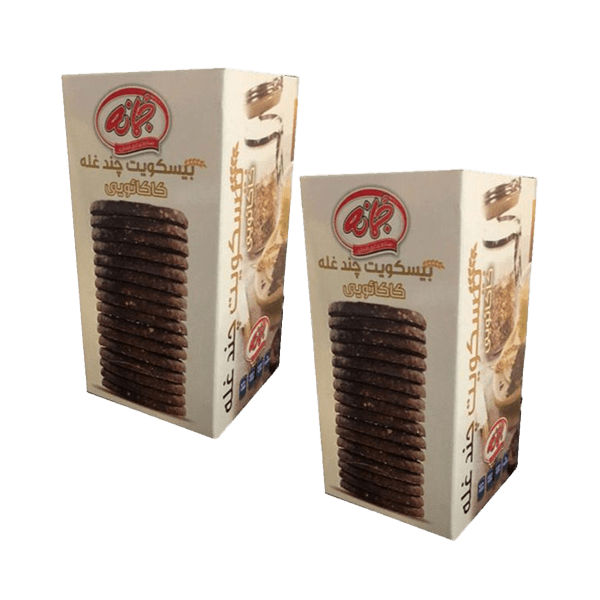 realization of a dream

Love and passion was the cornerstone of the traditional Jomaneh workshop, which produced a variety of baked barley breads as well as barley biscuits. Barley cakes and oatmeal cookies were made. In those days, having a healthy diet for the people of this land was a dream that the late founder of the Ansari food industry always had in his mind.

In the path of flourishing

As the workshop products become more popular and customers and consumers welcome the production, distribution and delivery of traditional barley bread and biscuits, all over The country prospered more. In 1375, with the commercial registration of “Ansari food industry and Jumaneh brand”, a great change took place. Biscuit, cake and cookie production lines were set up industrially and mass products were mass-produced and marketed. 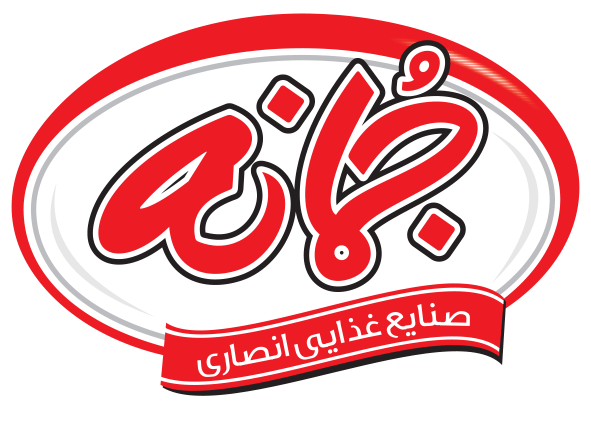 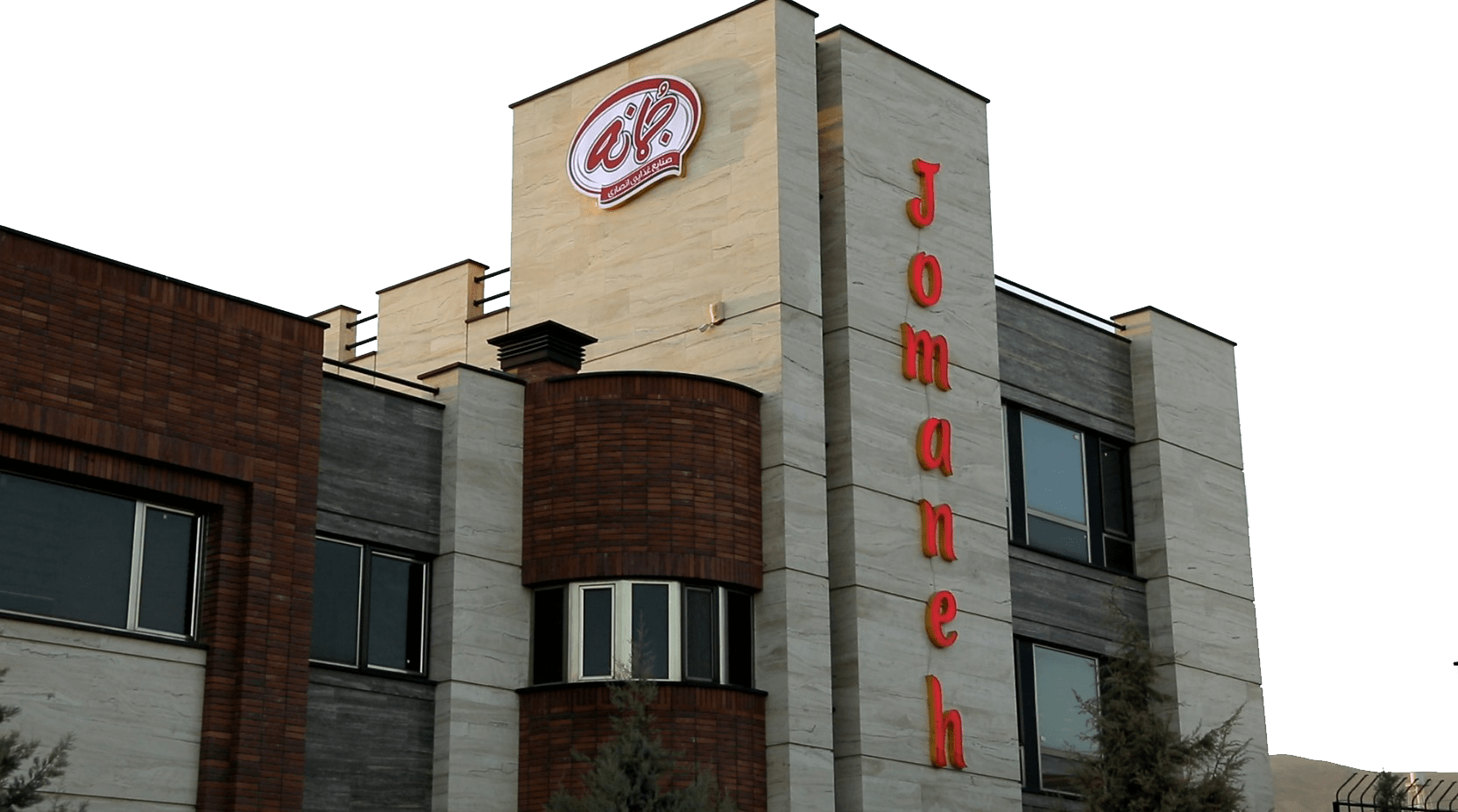 Jomaneh is a valuable and lasting heritage, which was established by the construction of industrial production lines in Alborz province, followed by obtaining the standard production mark. Barley biscuits survived with berry nectar.

Ensuring customer satisfaction since its inception has always been considered as one of the basic pillars of the organizational policy of Ansari (Jomaneh) food industry. Therefore, the establishment of new and intelligent customer relationship management systems, including: customer voice, was given priority. 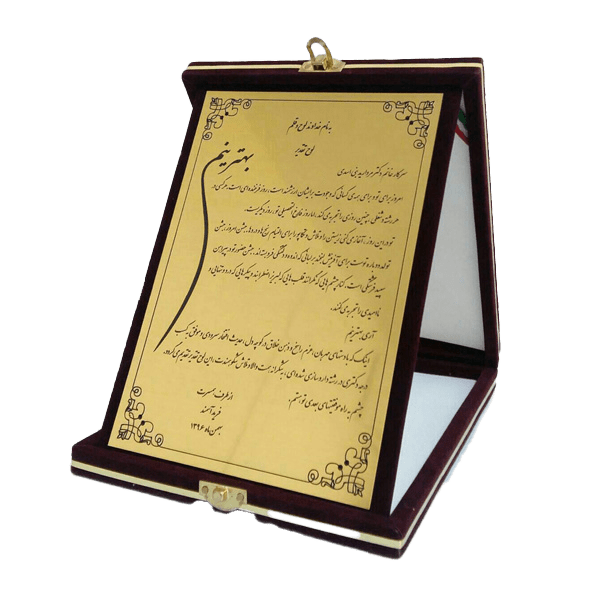 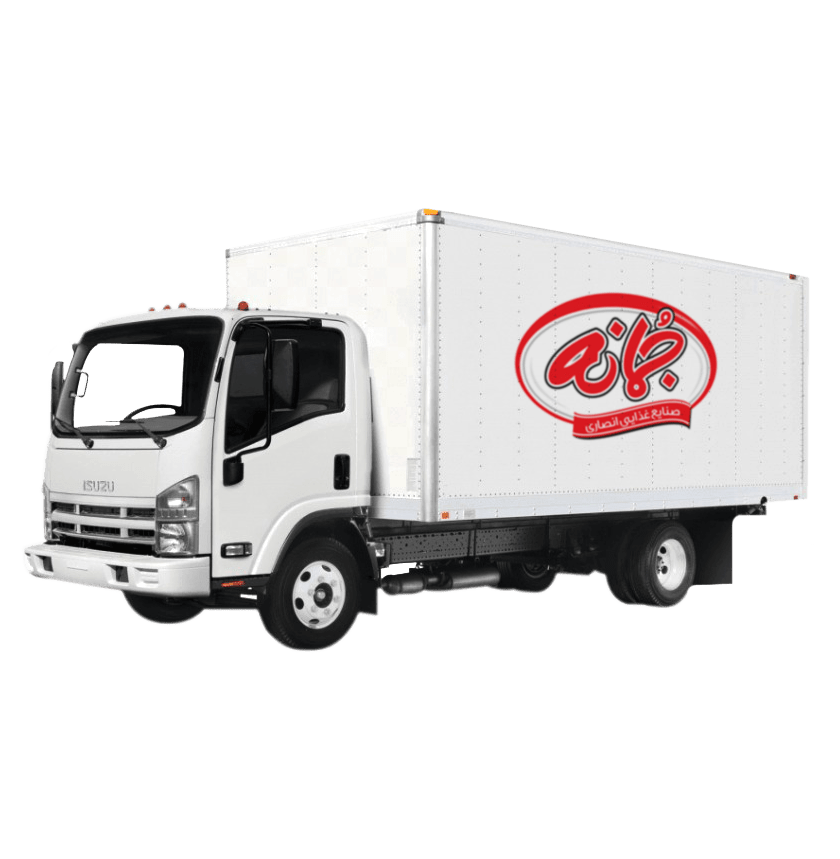 The reputation of quality health-oriented products has crossed borders and, after a successful presence in neighboring countries and Central Asia, exports to European countries, the United States, Canada, as well as Australia, received a resounding welcome. 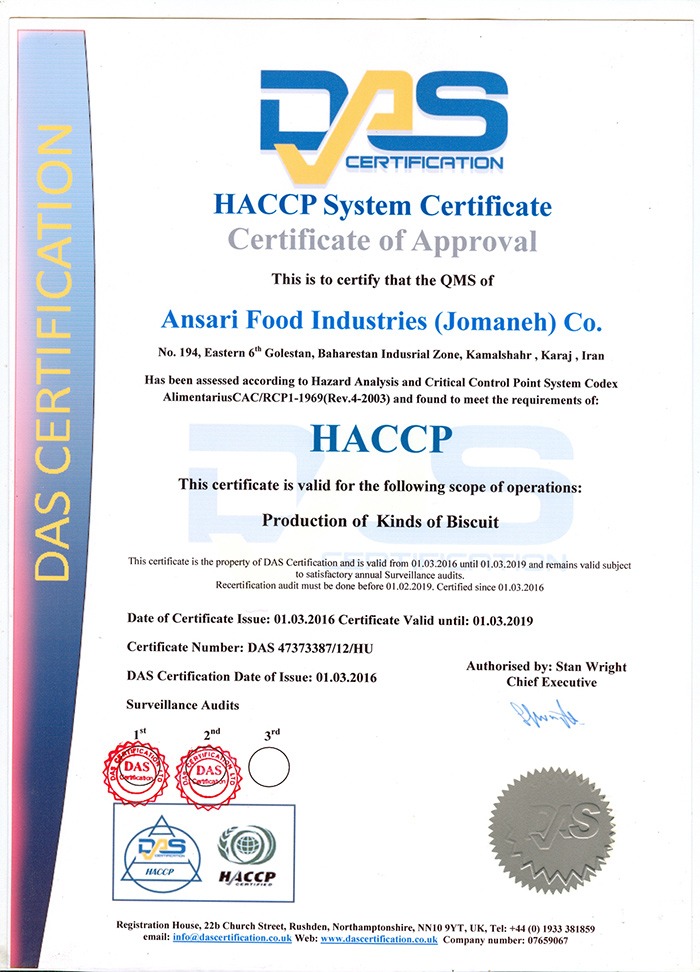 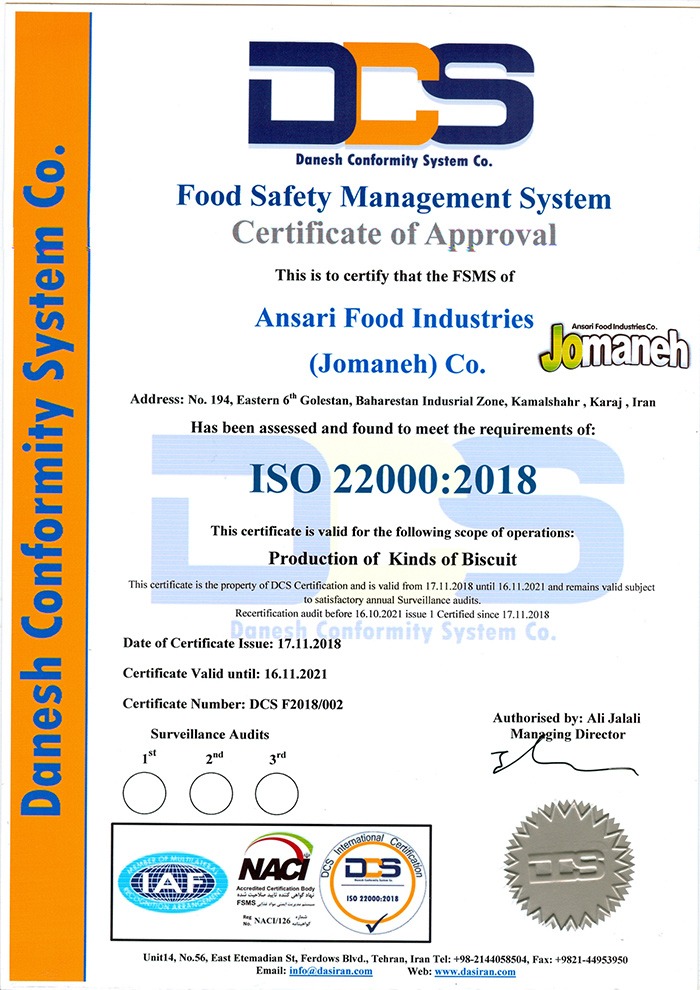 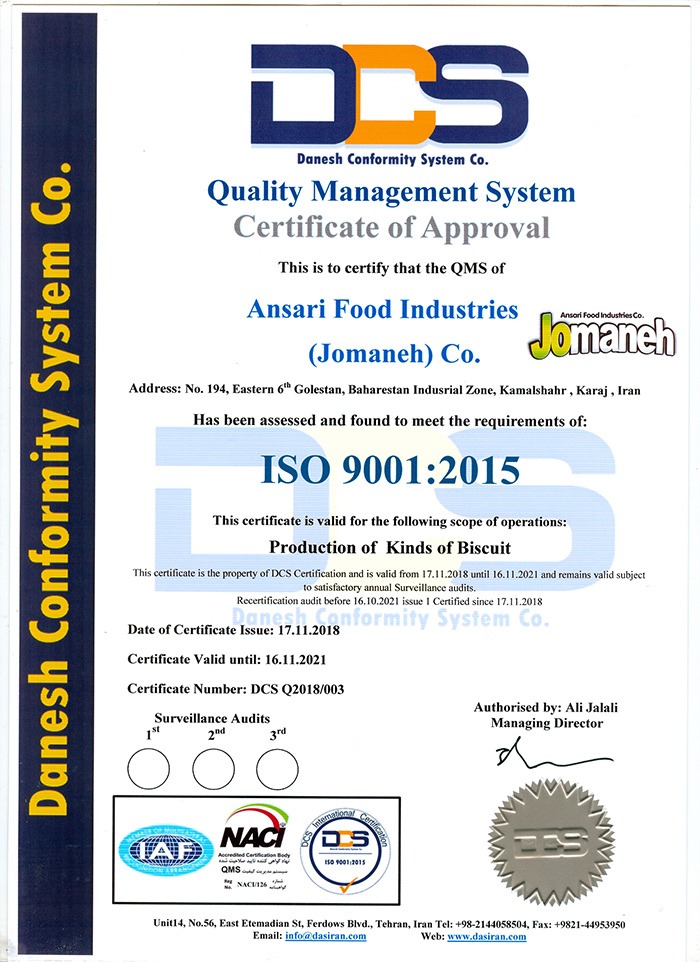 Jomaneh has always been among the successful entrepreneurs and greats of the Middle East food industry with its continuous presence in specialized domestic and foreign exhibitions.

In line with the brand development process, more than 50 different products, while registering and obtaining legal licenses , Was produced and placed in the product portfolio, which was also extremely well received. 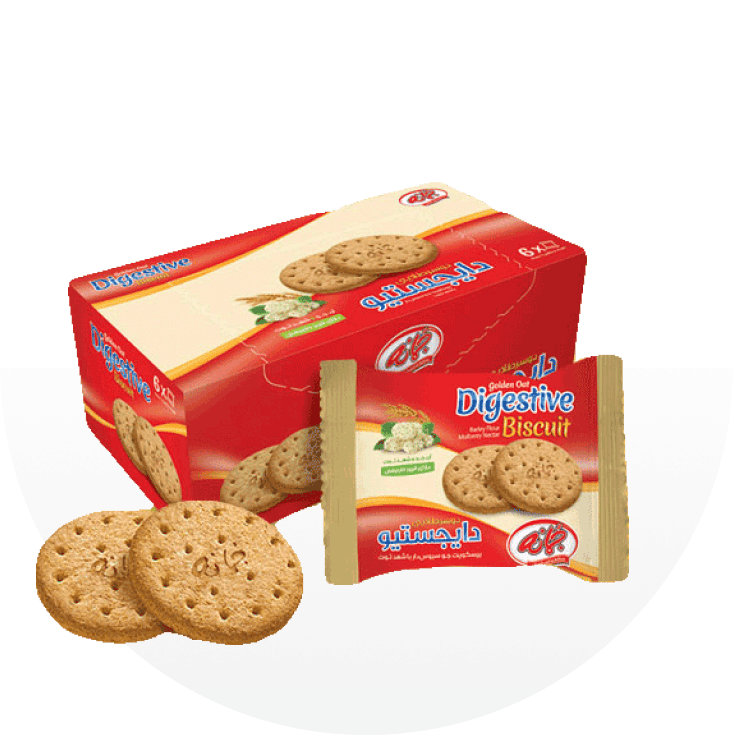 The secret of Jomaneh immortality has been the production of health-oriented products. Therefore, the vision of Ansari food industry, control and continuous improvement of product quality, is in line with the most up-to-date standards in the world.

Achieving the goals and aspirations of an organization is impossible without a sense of responsibility for raising the level of awareness, health, growth, and vitality of its peers in society.
Industries Ansari (Jomaneh) food, far from economic interests, has adhered to its chosen principles, attitudes and social missions and has taken valuable measures in various social areas.